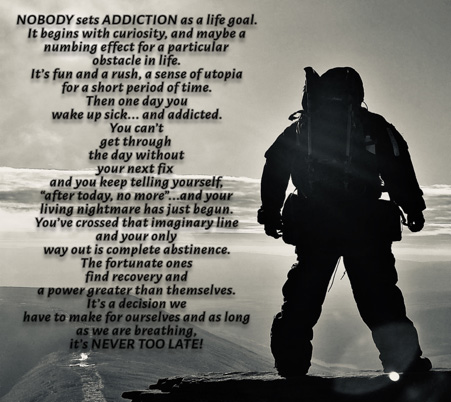 As a recovery support worker at hawkspring, I often see the relief in our client’s eyes when they know that I myself was once a substance misuser. It’s almost in that instance that I see the barriers to recovery come down. Hearts become open that were once closed, and in that moment they feel hope for their futures. They have in front of them someone who “hasn’t read it out of a book” (although I myself have read many books on the subject lol).

I’ve often shed a tear or two with clients who have now found someone who understands things from their perspective. Who has the empathy for what they are experiencing, because I’ve been in the same position as them. To have someone in front of them that has broken the chains of substance abuse, gives them a hope that recovery is achievable.

With empathy though comes a certain amount of toughness, and that toughness is far more digestible to these guys coming from someone who has been there. I’ve fought with the addicted mind and won many battles. But that has come through fighting lies that the addicted mind has told me for many years. Implementing strategies that combat the desire to pick up a drink or any other substance that takes me from reality and therefore from those I love. But that also meant accepting that at times my thinking is flawed due to being conned by my mind.

At Hawkspring we believe in training these lost souls that they can win, they can lead a healthy and fulfilled life with effort and self-understanding. We train them to fight on their terms, finding a course that will work for them. Holding them to account if they don’t put the effort in, but in a way that they can digest and reason on. 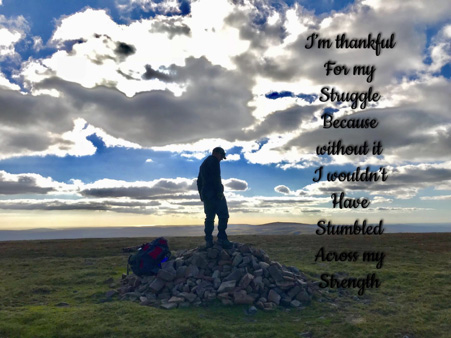 At Hawkspring the substance misuser sees hope, because they see some of us that have been where they are now. We give inspiration freely; we have faith in them where they may have none in themselves.

Today I hike mountains and not just literal ones, but every time a client comes in I begin a hike side by side with them to get them to the summit of their mountain. That summit is called “freedom”. Freedom from being a slave to substances.